Twenty-six cadets ventured out to Golden Ears provincial park Oct 13-15 for a weekend of fun and adventure, and achieved their goals on both accounts. Everyone now knows about knots, how to safely use an axe and shovel, how to navigate with a map and compass, how to use a GPS device, lighting lamps and stoves, and a whole lot more! The MRE supplies were tasty as usual, and the area chipmunks did their best to make sure no crumbs were left behind. Despite the cool weather, everyone remained dry, and our “night ops” games Saturday night went ahead as planned – much to the entertainment of all involved. Clear skies and warmer weather made our Sunday hike a very enjoyable one. Here’s a short video clip from the expedition:

The FTX took place at Golden Ears park, which represents the Coastal Western Hemlock biogeoclimatic zone and is characterized by a second-growth forest of western hemlock, western red cedar and Douglas fir – all of which were in plenty of evidence. The park was established in 1927 and is named after the twin peaks of Mount Blanshard near the peak’s western boundary. 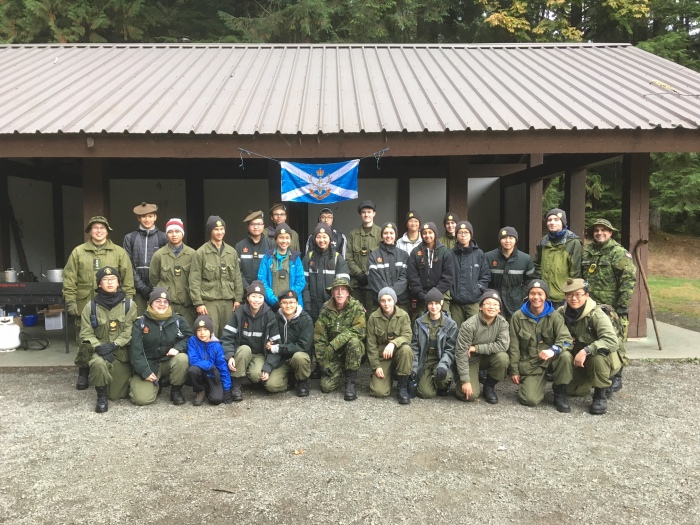