No cadets were lost on FTX (Field Training Exercise) Lost Stag … but that should be no surprise because they had all practised using maps and compasses before last weekend’s adventure began! 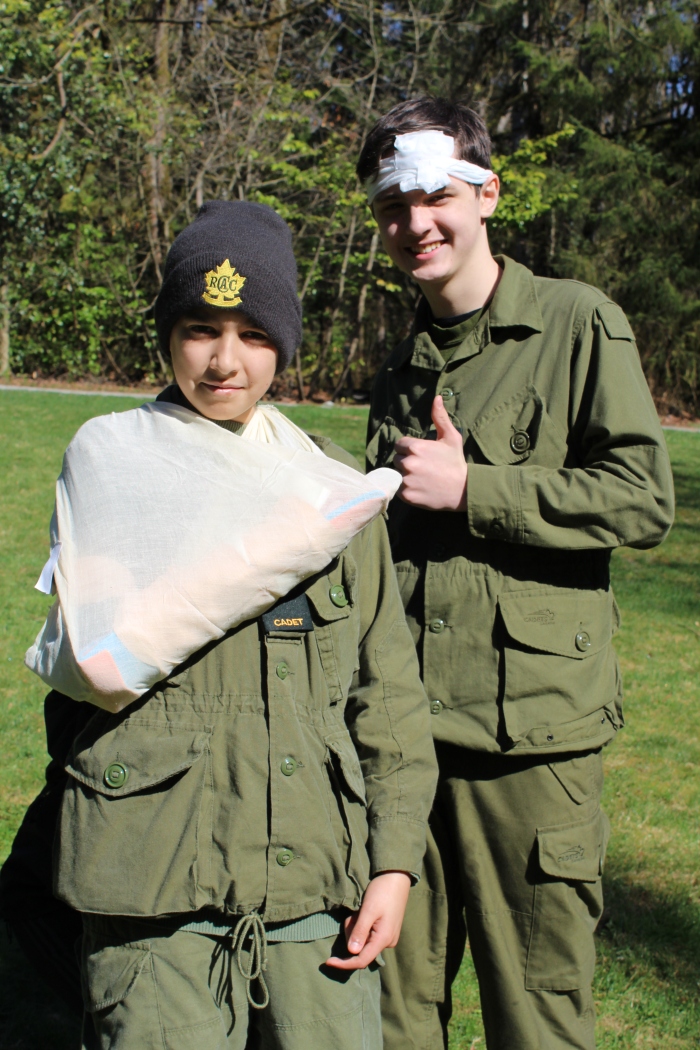 Plenty of hiking was undertaken, crossing the Serpentine River – a spawning and rearing habitat for trout and salmon – and creativity and improvisational skills were on full display both in the development of emergency shelters and in the preparation of a “birthday cake” using MRE (Meals Ready to Eat) rations.

No ravens were seen at the Raven’s Nest campsite, but owls and coyote’s were heard. The mystery of how someone’s boot marched away from its tent in the middle of the night remains unsolved. Kleptomatic night ravens maybe?