Congratulations are in order for Seaforth Army Cadet Isabella Urbanowski! The Army Cadet League of Canada (BC Branch) has chosen Isabella as one of eleven Cadets to participate in the “Vimy Battlefield Tour” taking place in March, 2018. As its name suggests, the trip will include a visit to the memorial and trenches of Vimy Ridge, but other stops of the tour include: the Anne Frank house and Royal Palace in Amsterdam, Passchendaele, the Flanders Fields Museum, Ypres, the Menin Gate, Juno Beach, and a guided tour of Paris. 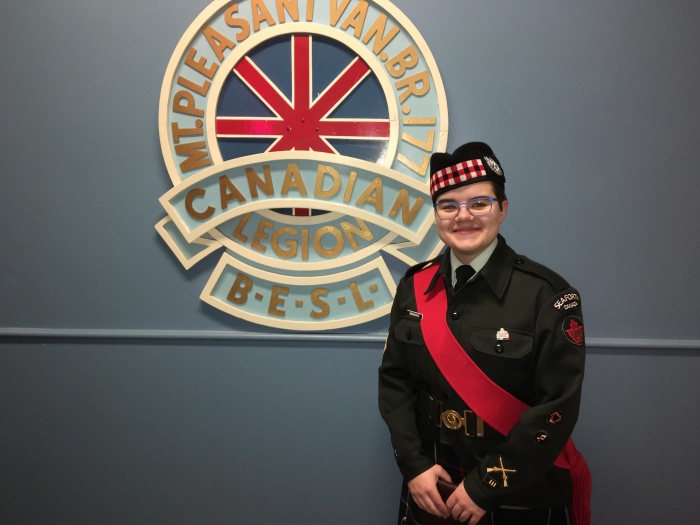 Isabella has been an active and engaged Seaforth Cadet since 2014, participating in numerous community events and training activities, including leadership of the colour party and acting as a Section Commander. Within the broader Vancouver community, she has volunteered at the Bard on the Beach Shakespeare Festival, and at the Burnaby Village Museum. On the field of play she has been on the Vancouver Hawks Field Hockey team. Isabella is a graduate of the Magee Secondary School, and is now continuing studies at Douglas College.