After six years away, Vancouver’s oldest army cadet corps has moved back to the beautifully renovated Seaforth Armoury at 1650 Burrard Street. Over the past few years, the historic building has undergone extensive work, including seismic upgrades, and is now surely among the best equipped and most attractive in the country. Effective March 6, 2018, the cadet corps will meet at the Seaforth Armoury every Tuesday night from 1800-2100 hrs (6-9PM).

The Seaforth Armoury was first established in 1936 at what used to be unused land, at the end of the recently completed Burrard Bridge (opened in 1932). Today it is an architectural icon within the city of Vancouver, and is listed as a Class A Heritage Building. 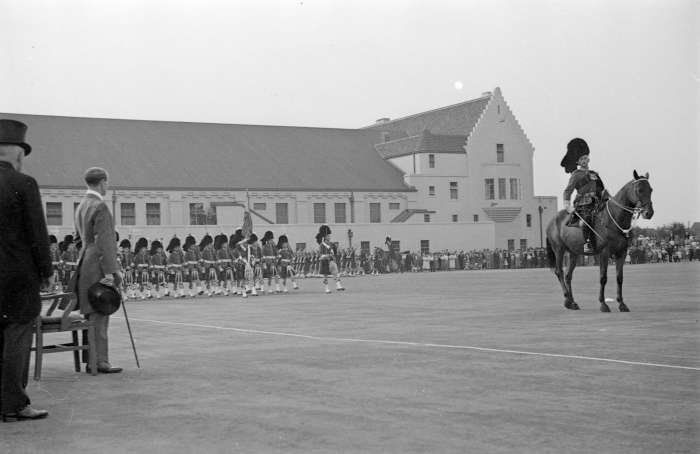 [PHOTO: Vancouver City Archives. Seaforth Highlanders marching in front of John Buchan (Lord Tweedsmuir) at the opening of the Seaforth Armory in 1936]

The Armoury is also home of the Seaforth Museum – which houses an extensive collection of Seaforth history and memorabilia including items from both world wars, Afghanistan, and other operations – is another great asset for Vancouver’s youth to experience.